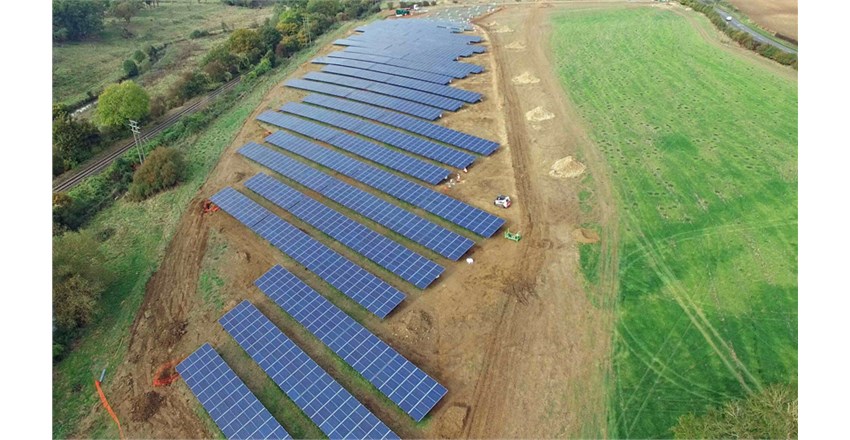 At The Phone we are always up for learning about new community initiatives like Southill Community Energy (SCE). They are currently raising funds for their first project; Southill Solar, a community-owned solar farm 7 miles away from our office in Chipping Norton.
SCE is a 'community benefit society' which means it is run by a community of and aims to encourage, inspire and empower local people and to reduce their carbon emissions.
The community group needs to raise £3 million to build the solar farm, for which it was granted planning consent in July 2015. It has been pre-accredited for the Feed-in Tariff and will be one of the last community solar schemes to be guaranteed the subsidy since government support was slashed at the start of the year, but it is on a tight deadline: construction must be completed by 31st August 2016.
The solar farm would provide renewable energy for 25 years, as a way to fund local low-carbon projects like reducing energy use from buildings, food, transport and consumption and educating their as they go.
The solar farm will have an installed capacity of 4.5MW, generating enough electricity for around 1100 typical homes - equivalent to most of the houses in the three closest settlements of Charlbury, and Fawler. It will also be used to promote biodiversity with a bespoke ecological plan including planting fruit trees and wildflower meadows nearby.

We are happy to announce that The Phone Co-op has invested £50,000 into this local community initiative.

Vivian Woodell, explains why we are supporting Southill solar:
"The Phone Co-op is committed to supporting other and has also demonstrated a strong commitment to renewable energy. We own eight solar PV installations, mainly on the roofs of co-op stores, and we have invested in numerous renewable energy co-ops. Southill is an ambitious scheme, led by very able people who have a track record in this area. It's also local to us, just 7 miles from our head office. As well as providing a return to members, it plans to distribute significant amounts to support carbon reduction projects locally. It deserves to succeed and that's why we not only provided a short-term loan to Southill to cover the period before the share capital is available, but our board also decided to invest £50,000 in their share capital. We look forward to Southill becoming an important integral part of the local co-operative ecosystem".
With 1 million already raised, there's still time to hop on board - the share offer closes on 6 May.
If you want to find out more about this project, visit their website southillcommunityenergy.co.uk. They even managed to get our Prime Minister and Friends of the Earth united in their approval and support of the Southill Solar project!