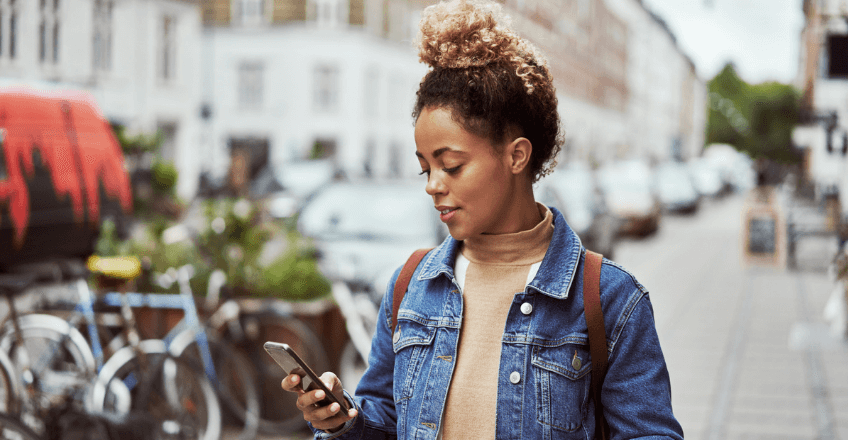 Superfast fifth generation, or 5G is the next generation of mobile internet connection and offers users much faster data download and upload speeds of 10 gigabits per second, that’s 10 to 100 times faster than you get with 4G.

So, what makes 5G faster? 5G is a new digital system for transforming bytes (data units) over air. It uses a new 5G radio interface, along with other technologies, that utilises much higher radio frequencies to transfer exponentially more data over the air at faster speeds with reduced congestion and lower latency - the delay before a transfer of data begins following an instruction. In fact, the latency rate between sending and receiving information drops from 200 milliseconds for 4G down to 1 millisecond for 5G. This new 5G interface also allows more devices to be used within the same geographic area which means more Netflix streaming, gaming or voice calls being carried out over limited air space without interruption.

But beyond increased speed, this new technology is expected to unlock an environment where networks can serve the communication needs of billions of connected devices creating a massive 5G Internet of Things (IoG) ecosystem.

The advantage of 5G for consumers, apart from speedier connectivity, glitch free mobile videos and less delay for mobile gamers is the scope of connectivity. Wearable fitness devices could monitor your health in real time, alerting doctors as soon as any emergency arises. Driverless cars will be able to ‘talk’ to each other and manage traffic systems. IoT is a term for everything that’s connected to the internet but is increasingly being used to define objects that ‘talk’ to each other. Whether it’s your central heating that’s controlled by your smart device or a lightbulb that can be switched on by an app, pretty much any physical object can be transformed into an IoT device if it can be connected to the internet. As explained by Wired magazine, ‘by combining these connected devices with automated systems, it is possible to "gather information, analyse it and create an action" to help someone with a particular task, or learn from a process. In business, IoT using sensors on production lines can increase efficiency and cut down on waste.

5G is the foundation for realising the full potential of IoT as it has the higher bandwidth, low latency communication that’s needed for the next generation of IoT devices.

Studies from organisations including the World Health Organisation, Public Health England and the UK Health Protection Agency have all shown that 5G isn’t harmful to health. 5G operates on a wavelength that’s non-ionising radiation and so does not produce enough energy to damage cells in your body, making it safer than X-rays and ultraviolet radiation from the sun.

The higher number of small 5G masts in built-up areas has also been a cause for concern. Although there will be more masts, they are low-powered and act like signal repeaters, relaying the signal from one mast to the next. According to the international body in charge of setting limits on exposure to radiation, 5G is safe.

The International Commission on Non‐Ionizing Radiation Protection (ICNIRP), the scientific body that assesses the health risks of radio broadcasts, called for new guidelines for millimetre-wave 5G, the most high-frequency version of the telecommunications standard. According to a report in The Guardian, Dr Eric van Rongen, the ICNIRP chair, said: “We know parts of the community are concerned about the safety of 5G and we hope the updated guidelines will help put people at ease.The guidelines provide protection against all scientifically substantiated adverse health effects due to [electromagnetic field] exposure in the 100 kHz to 300 GHz range. The most important thing is that the fundamental health risk assessment is unchanged,” Rowley said. “The limits that we had in 1998 are still protective now.”

Mobile phones are often described as 5G ready – but what does that actually mean? To be able to connect to the 5G network, you’ll need a device which features a 5G specific modem and will most likely have a larger, faster battery and more powerful processors. Your 5G ready phone will still be able to connect to 4G and 3G networks so even if you leave a 5G supported area you’ll still have a connection.

If you’re thinking of changing your phone so you’re 5G ready, Fairphone’s newest addition, Fairphone 4, is made from responsibly sourced and recycled materials and is the most sustainable 5G ready smart phone on the planet. Its innovative modular design means there’s no need to replace your phone each year, you can simply replace and repair parts as and when required. So you not only get the latest smartphone technology, but you’re reducing waste and being kind to the planet too.

Members get more with 10% off SIMs

By simply being a member, you can get more from Your Co-op. Receive 10% off the cost of a SIM only deal and broadband by using exclusively using MEMBERS10 at checkout. Receive 30GB of data with unlimited calls and texts, like all our offers so you can always stay connected. To top it off, we offset your carbon footprint by 25kg each month with the help from our partners Ecologi, to provide a truly climate-positive service.