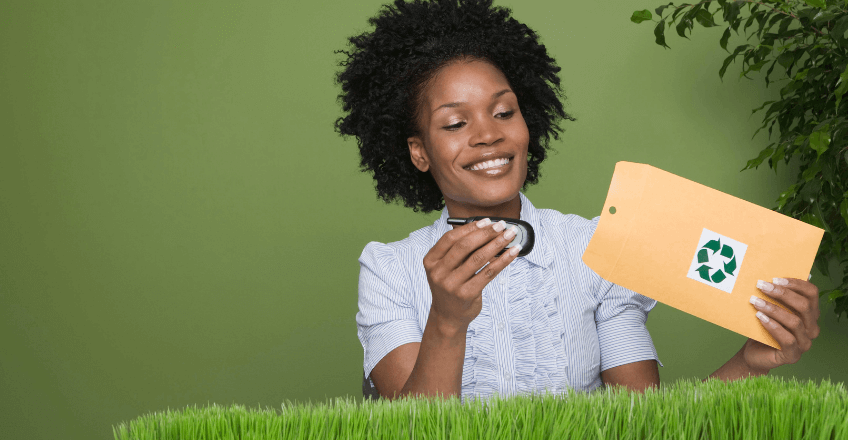 What do you do with your old mobile once you’ve upgraded to a new model? Globally, more than 5 billion people own a mobile phone and many take advantage of a newer, better version when it’s time to upgrade for free. Many of us put our old phones in a drawer where they stay for years gathering dust. Others throw them in the rubbish and they end up landfills.

According to Global E-waste Monitor 2020 a record 53.6 million metric tonnes (Mt) of e-waste (discarded products with a battery or plug such as computers or mobile phones) was generated worldwide in 2019 with only 17.4% documented as being recycled. The report predicts global e-waste will increase to 74 million mega tonnes by 2030 with only 30% being recycled.

This is disastrous for the environment. Mobile phones contain harmful toxins including lead, mercury, arsenic, cadmium, chlorine, and bromine, which can leak into the groundwater and accumulate in the food chain causing harmful repercussions for human health. Mercury for example can enter the food chain and accumulate in living organisms such as fish and result in causing damage to the central nervous system, thyroid, kidneys, lungs and immune system.

Several pieces of legislation have banned the use of some substances in the production of mobile phones and are calling for them to be replaced by safer materials. However, older models still contain these substances so it’s vitally important they are discarded in the correct manner to prevent posing any risk to the environment.

When e-waste is disposed of incorrectly by shredding or melting the components, dust particles or toxins are released into the air and can cause air pollution, leading to respiratory diseases. Unfortunately, e-waste is often burned as a way to retrieve more valuable metals such as copper. This releases fine particles which can travel for miles, potentially causing health risks to both humans and animals.

It’s important therefore to properly recycle your phone. Accredited WEEE (waste from electrical and electronic equipment) recycling companies separate toxic materials from those that can be recycled and dispose of them in an environmentally friendly way.

As well as mercury, mobile phones also contain small quantities of other precious metals like platinum, gold, silver, and copper. Even the plastic that makes up the casing can be melted down into sheets and re-used. These valuable materials can be sold on or recycled.

While the amount of precious metals in one phone isn’t enough to make you rich, in large amounts, and bear in mind we’re talking about 53.6 million metric tonnes of e-waste globally in a year, even the tiniest amount of gold adds up to a significant amount that once melted down can be turned into items such as jewellery.

According to the Environmental Protection Agency, one ton of circuit boards has anywhere from 40 to 800 times the amount of gold in it than one ton of mined gold ore.

Tech companies are being urged to reassess how they recycle discarded devices. Priv Badoo, co-founder and CEO of BlueOak Resources in California is on a mission to mine precious metals from the company’s ‘e-scraps’ in the hope of turning e-waste into a source of revenue instead of contaminating landfills.

Why not make your next choice a more sustainable one? Your Co-op Mobile has teamed up with Fairphone, designers of the world’s most ethical smartphones. There’s no need to replace your smartphone each year, you can simply replace and repair parts - helping prevent e-waste and reduce CO2 emissions.

Your Co-op Mobile believes organisations have a responsibility to offer solutions and services that limit our impact upon the environment. Together with Fairphone we’ve joined Fairtec, a collective group of companies committed to making a digital difference. We work together to offer credible and sustainable alternatives that reduce the impact of smartphone production by:

Interested in changing your phone? Why not switch to Fairphone and help change the planet too?