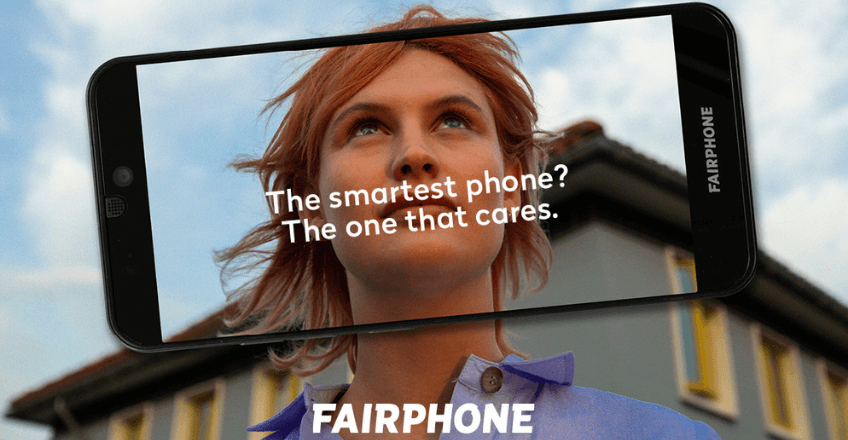 Fairphone is European social enterprise company, which aims to develop smartphones with a lower environmental impact. The company is all about fairer working conditions, wages and of course environmental sustainability. The phones they produce are designed in a way, so that you don’t have to change them every year. Instead you can simply replace or upgrade the parts you need to.

Originally established in 2010 as a campaign against conflict minerals. Fairphone campaigned to raise awareness for sustainable and ethical manufacturing in the smartphone industry. Fairphone then registered as an independent social enterprise in 2013. According to The Circular Phone report 2018, “More than 175,000 Fairphones have been sold since 2013 and Nearly 100,000 phones have been recycled and their minerals extracted”.

7 years after launching their very first Fairphone, we now have the Fairphone 3+ and the latest Fairphone 4.

It's a phone for the ethical consumer. If you want to have a more ethical and environmentally friendly smartphone, it has to be a Fairphone. Fairphone is a world renowned company for their stance on ethical and sustainable mobile phone manufacturing.

2. It has a modular construction

Reparability is key. Being able to order a spare part and replace the components of the phone for years to come is something that is not possible with other smartphones. Its modular feature enables one to replace any part of the phone easily at home. So, it stays as secure as possible and usable for a long time.

Fairphone beats Apple, Samsung, and the rest as the world’s most sustainable phone. It serves to bring focus on the issues of smartphone manufacture and show the world that in theory, it is possible to build a phone whilst preserving the core aims of not harming elements of the planet with e-wastes and various types of pollution.

The Fairphone 3+ and 4 are eco-friendly mid-range phones made from plastic. The company tries to reduce electric scrap. 40% of the phone comes from recyclable materials. Which is more than last year’s model. Rather than buying a new phone every year, Fairphone users can stick to a phone for a long time by replacing and upgrading the parts.

5. Open Source OS with no Google: