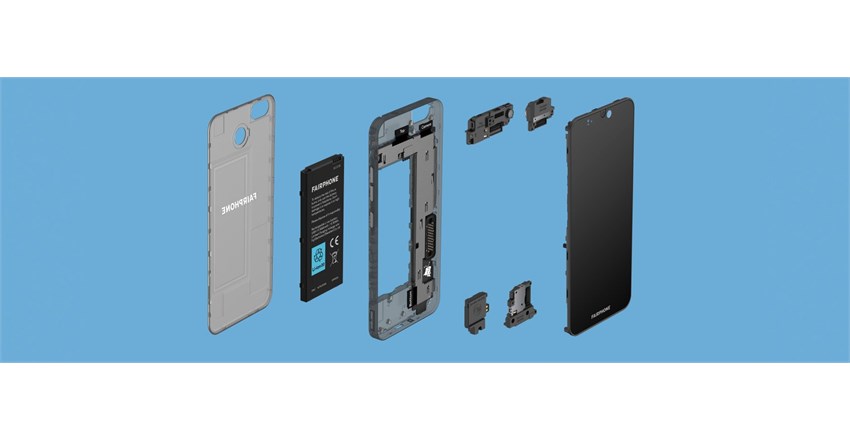 The Phone Co-op are proud to partner with Fairphone and results from their latest Impact Report show the positive impacts they are having not only on the environment, but the people involved in making the phone.
Fairphone continually prove that producing an ethical smartphone and a different way of doing business, can have a beneficial impact from Fairphone’s social, environmental and economic interventions.

Number of people benefiting from Fairphone’s social & environmental programs increases by 32% to 7,837, according to the 2019 Impact Report

The Llatest Fairphone Impact Report reveals benefits of social and environmental programs while the latest life cycle assessment of the Fairphone 3 shows that using a smartphone for over 5 years can reduce CO2 emissions by about 40%
Dutch social enterprise Fairphone has released its 2019 Impact Report, where it sets and measures benchmarks, sharing its efforts to reduce harm to the environment, improve the lives of everyone involved in making its phone and change the rules of doing business. Fairphone believes in transparently communicating the issues it’s faced in the last year, highlighting both its achievements and setbacks. In 2019, Fairphone made tremendous steps forward with the Fairphone 3, but was too optimistic with some goals it set for itself. Since it took longer to launch a new device, Fairphone missed some of the targets it set for itself three years ago. However, it has been open about the difficulties it encountered and has caught up quickly since the launch of the Fairphone 3 in 2019.
The Impact Report states that in 2019, 7,837 people have directly benefited from Fairphone’s social, environmental and economic interventions, up 32% from 2018 (5,296). The Impact Report also found the following:
● As of the launch of the Fairphone 3, an average of 32.75% of Fairphone’s eight focus materials has been sustainably sourced, more than the 25.37% in both 2017 and 2018. These materials were selected by examining where Fairphone had the greatest potential to make a positive impact.
● 55.12% of Fairphone 2’s and Fairphone 3’s sold were still in use in 2019. We use this number to measure the effect of our long-lasting design. Active users are defined as those who are receiving software updates. Since we started selling Fairphone 2, we have sold a total of 120,000 phones and today, 40% are still in use, nearly 5 years after launch.

Another way of transparently communicating its achievements is working with the Fraunhofer Institute IZM on the Fairphone 3’s life cycle assessment (LCA). The LCA is research that provides a better understanding of the implications that Fairphone design decisions and operations have on its environmental footprint. It was commissioned for the Fairphone 3 to examine the phone’s environmental impact across its entire life cycle, including production, transport, use and end-of-life phase. It found that Fairphone had a 87% reduction in transport emissions by transporting products by train from the production partner to the distribution hub rather than by air. It also revealed that the use of a smartphone for five to seven years can reduce CO2 emissions by around 30-40%. Increased smartphone longevity is one of Fairphone’s goals, but there is still some way to go before seven years of use is a reality.
The longer a device is used, the smaller its environmental footprint. But barriers to smartphone longevity remain an issue. A key component of longevity is connected to the continued software and security support of phones. Unsupported devices will stop working properly eventually and are a security risk for users, even if they are technically functional. But hardware is also essential, with users needing spare parts to prolong their phones lifespan and long-term availability difficult to guarantee due to challenges in production. Once these challenges are unlocked, it could allow users of both the Fairphone and other devices to keep their phones for longer. 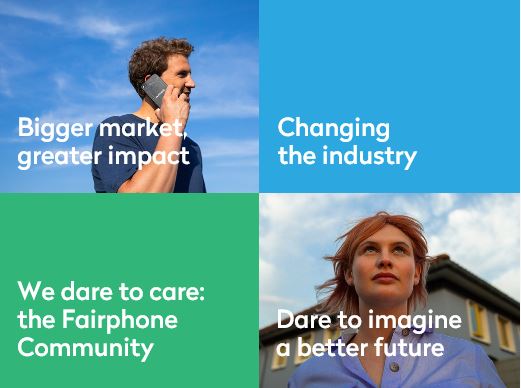 Eva Gouwens, Fairphone’s CEO comments: “2019 was the year of scaling up in our journey. We targeted a broader audience while retaining our loyal, sustainability-conscious community, we focused on producing a high quality phone and onboarded operators across Europe. We also set up scalable solutions within our Impact initiatives such as the living wage program, where we gave bonuses to the factory workers of our final assembly partner, Arima. The progress we’ve made with the launch of the Fairphone 3 shows we’re going in the right direction in reaching our goals.
However, change doesn’t happen overnight, especially when we’re working to disrupt centuries-old production models and deeply ingrained industry and consumption habits. Sometimes we were too optimistic with the targets we set ourselves. But from implementing our recycling program to improving the modular design of our phone to encourage longevity, step by step we are moving closer to an economy where care for people and planet are a natural part of doing business.”
Read the full 2020 report.
To view the full Life Cycle Assessment click here

Want to be part of what Fairphone are doing and helping your environment, find out more about the Fairphone and packages here.